Having Your Terms of Service Not Be Meaningless, Pt 2: Do Not Make Them “Changeable at Any Time” 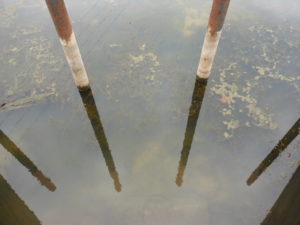 This is part two of two posts about how to make your website’s terms of service an enforceable contract. Part 1 was about getting user consent. This one is about making sure that your ToS isn’t an “illusory promise”.

What is an “Illusory promise”?

One way this can happen with online businesses is if the terms of service says that the website can change the terms at any time. This can make the terms of service contractually unenforceable, even if the user had clicked on a box to agree to them. This really burned Zappos, the online shoe retailer, in a 2012 case where a court found that their language: “We reserve the right to change this Site and these terms and conditions at any time.”

When a class action was brought against Zappos for a massive privacy breach, Zappos tried to use its terms of service to force its users into arbitration, pursuant to the agreement.The court held: “Because the Terms of Use binds consumers to arbitration while leaving Zappos free to litigate or arbitrate wherever it sees fit, there exists no mutuality of obligation. We join those other federal courts that find such arbitration agreements illusory and therefore unenforceable.” There is no particular reason that holding would be limited to arbitration; that just happened to be what the court was dealing with in its decision. The logic would seem to extend to an entire terms of service if it could be changed at any time. The court also emphasized the unrestricted, unilateral power of Zappos to change the ToS, since contracts are meant to be at least partly bilateral arrangements.

Well, first remove any section from your terms of service that says that you can change it at any time, or anything that implicates that. Duh.

You might just be done. There’s no requirement that a contract address its own modification. The laws about contract modification are pretty clear: if both parties agree to modify the contract, then it is modified. If you want to make that explicit, you might add some language like “Changes will only be effective after you have provided assent, by clicking a button or other website element that clearly indicates assent”. You may want to review that your termination provision allows you some sort of exit from the contract for users that don’t agree to important changes.

Another common tactic to try to avoid the illusory promise problem is to include a minimum timeframe  on changes. For example, Google’s ToS says:

“Changes will not apply retroactively and will become effective no sooner than fourteen days after they are posted. However, changes addressing new functions for a Service or changes made for legal reasons will be effective immediately.”

This language is meant to address worries like “What if there is some legal emergency? What if we have a ridiculous hole in our ToS, or there is some court case that requires a change to the ToS?”

So we get the compromise that we see here: the “effective no sooner than fourteen days” clause makes a reasonable effort to avoid the illusory promise problem. The “for legal reasons will be effectively immediately” clause gives some assurance that, if there is a wild unexpected emergency, you can still try to change the ToS even if it risks illusory promise status. So those both seem like additions which are compromises, but informed compromises that a reasonable decision-maker might take. I would advise against the “changes addressing new functions for a Service” type of language that Google has. If there’s new parts to the service that require new legal language, get actual consent from the users.

No matter what the language, just posting new terms of service is very likely to be ineffective by itself. When you post changes to the terms of service: (1) notify your users, (2) ensure you get a click of consent from them to the new terms of service, and (3) keep records that demonstrates that users have agreed to the modification.

If you have questions about your terms of service, feel free to contact me to set up a consultation to see if we might be a good attorney-client fit.