I draft and negotiate many types of contracts and agreements that occur in business: services agreements, software licenses, leases, independent contractor agreements, employment agreements, sales agreements, and more. Whether the agreement is with a single person or a Fortune 500 company, I work with businesses to ensure they both understand the risks of the agreement, and are able to make appropriate tradeoffs that make both legal and business sense. I am also available to speak on drafting and negotiating contracts. If you would like to get on the phone or meet in person to discuss your contract needs at a high level and see if we are a good attorney-client fit, feel free to email me or call.

Below are some of the posts I have written about contracts: 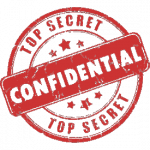 A Short Guide To NDAs/CDAs (6/4/2019) - Nondisclosure Agreements, or "Confidential Disclosure Agreements" as they are sometimes called (biotech companies seem to prefer the "CDA" designation), are some of the most common types of business contracts. Although they are often signed with only a cursory review, each one should involve as much review and reflection as any other contract. This is because each NDA could be the basis of a trade secret lawsuit. Trade secrets require "reasonable efforts at secrecy", and NDAs are a primary method of maintaining that status. Each NDA or CDA has its own language, and I would recommend… continue reading 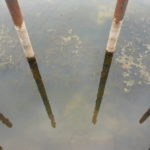 Having Your Terms of Service Not Be Meaningless, Pt 2: Do Not Make Them “Changeable at Any Time” (6/3/2019) - This is part two of two posts about how to make your website's terms of service an enforceable contract. Part 1 was about getting user consent. This one is about making sure that your ToS isn't an "illusory promise". What is an "Illusory promise"? In order to form a contract, each side has to promise something: to do something, or not to do something. If the a party really isn't obligated to do anything, then that's an "illusory promise". An illusory promise can void an entire contract. One way this can happen with online businesses… continue reading 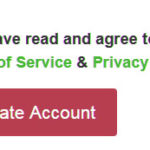 Ensuring Your Terms Of Service Is Not Meaningless, Pt 1: The Click of Assent (6/3/2019) - Two important principles of contract law for terms of service are "meeting of the minds" and "illusory promise". Those phrases may sound a bit meaningless, legal, and abstract. However, each one holds a common pitfall that can void an entire website's terms of service – as if it didn't exist at all. continue reading 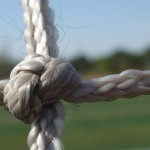 Is a letter of intent contractually binding? (10/22/2014) - Is a letter of intent contractually binding? Can that bullet point list of negotiating terms in a letter of intent or memorandum of understanding become a binding contract? If the parties have indicated that they agree on them and agree to negotiate them to a full agreement, yes. In California, the leading case is Copeland v. Baskin Robbins U.S.A., 96 Cal. App. 4th 1251, 1253 (2002) ("Most jurisdictions which have considered the question have concluded a cause of action will lie for breach of a contract to negotiate the terms of an agreement"). If the parties… continue reading 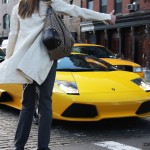 Negotiations: Put Your Turn Signal On (4/19/2013) - If you don't ask, the answer is always "no".  So ask.  Some people are better at this than others, but everyone can learn.  If someone gives you a form contract to sign, and parts of it are offensive, ask to have them removed.  They may say no . . . but they may say yes.  It is like turning your turn signal on while driving on the highway: sometimes someone will let you in.  Sometimes that isn't enough, and you have take even more assertive steps; but the first step is to make the request.… continue reading 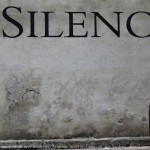 Negotiations: The Value of Talking, and the Value of Silence (4/19/2013) - In a negotiation, there are times to talk, and times to be quiet and listen -- or to just enjoy the silence. When to talk.  There is a certain value to rationalizing your demands.  If you just leave it as a simple demand, the counterparty may think, "Forget this, we can find someone else who will do this without limiting their liability."  But if you rationalize it, a counterparty will often feel morally compelled to up the ante and respond with a better justification; or if they can't, to give the point up.  Say for… continue reading
Negotiations: Know What Your BATNA Is (4/19/2013) - This is the first in a series of blog posts that I am doing that will form a basis for a negotiations presentation I gave at HUB Soma. A BATNA is a common negotiating concept that was coined and popularized by the book Getting To Yes, which came out of the Harvard Business Negotiation Project.  It stands for "Best Alternative To A Negotiated Agreement." The concept is to know what the next best thing is if an agreement can't be reached in a negotiation.  Visualizing that alternative, or going out and seeking it if necessary, can… continue reading 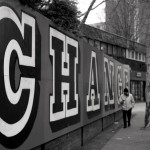 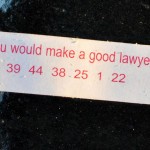 Negotiations: Dealing With Lawyers (4/18/2013) - Generally speaking, I don't really like negotiating with lawyers, mostly because I feel it just isn't that productive.  Business people are much more focused on getting deals done, which is ultimately more rewarding.  A good ending to a contract negotiation almost invariably has to include a compromise where both sides have to make tradeoffs between business and legal factors, and that usually happens best inside the mind of the businessperson, not the attorney.  I think attorneys also often want to get the legalese just right, the way they want it, without enough attention to the… continue reading 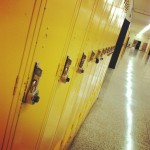 What understanding of law and contracts should all high school graduates have? (11/20/2012) - A response I wrote to the above Quora question: As an initial matter, it is very subjective to ask what "all high school students" should know. For example, in response to "What understanding of automobiles should all high school students have?", some people would say they should know the rules of the road, and others how to check the oil level, and some car fiends would say how to swap out an engine.  So I'll give a list in decreasing order of importance: (1) A simple understanding of what contracts are: any agreement between people to… continue reading